Unexpected Consequences—How an MFA Helped Me Find Myself

Unexpected Consequences—How an MFA Helped Me Find Myself
by Carrie L. Krucinski 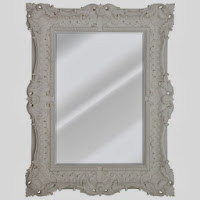 In the summer of 2011 I enrolled in the low-residency MFA program at Ashland University. I already knew that I had to be a poet. Going into the program, I knew what the theme of my thesis would be. At the age of 23 I had been diagnosed with a Borderline Personality. I’d spent ten years unable to work and living with my parents and wanted to write about the experiences of a person labeled “mentally ill.” On the other hand, I was still squeamish about the idea of laying my life out for others to inspect and judge. I had no idea that writing about the darkest places in my life, I would find myself relishing the experience.

One of the first things all writers learn is to write what you know. How can one possibly write about experiences and feelings that haven’t been experienced first hand? Even in fiction, there is an element of truth, or we would never bother to read it. I had come of age reading Sylvia Plath, Anne Sexton, and Virginia Woolf. These women knew their own minds and had a compulsion to express their truest selves through the written word. As soon as I read Plath, I knew I had to be a poet.  There is a certain satisfaction in being able to deal an emotional knockout in few lines. I may never be able to read the last line of “Daddy” and not get a chill. When Plath writes: “Daddy, daddy, you bastard, I’m through,” the reader knows she is done with more than her father; she is finished with life. Twenty years later, I had to ask myself: What did I know? What could I write about with any authority? I needed only to look back at the ten years I thought of as lost to find the answer. The problem was that I didn’t want to be thought of as a Plath wannabe. What I’ve learned is that we all have unique experiences and thoughts to bring to the table. Plath was mentally ill, and so am I; Plath killed herself at the age of thirty, but I have decided to live and see what happens.

I suppose I have also side stepped those things I think of as stumbling blocks. My husband and I have decided not to have children. During a pregnancy, I would have to go off my medication, and I cannot risk going back to the way things were. The decision whether to have children or to take medication are such intimate moments in a person’s life, and I found myself writing about all of them. I took out the proverbial flashlight and looked in dark corners, closets, and under my marital bed. Through writing, I wanted to purge everything I’d been hiding from the world. I have hidden my mental illness from people in my life I thought might judge me. Writing my thesis has allowed me to be honest with not only myself but with the people I love.

My ability to write about those things that, in all honesty had been haunting me since the age of twelve, began to bubble to the surface during the first semester of my MFA. Any writer will tell you that sometimes you look at what you’ve written, and you’re surprised. When I began writing poems about not having children, I didn’t even know that it bothered me. When I wrote poem after poem about my stay in the psych ward, I hadn’t previously realized that it had been such a watershed moment in my life. What I learned from the beginning of my MFA is that you have to let the poem go wherever it wants. The poem is a living, breathing being with its own mind.  At some point I had to let the poem go where it wanted to go. If I tried to hide my true feelings, and dictate what would and would not be said, the poem was a failure. However, if I let it go to the places inside me that were vulnerable, the truth came out.

The unexpected consequence of earning my MFA is that I found myself. I know much more about who I am and where I want to go. I thought that I was going to learn about craft, syntax, and texture, all those things that need to be in the poet’s toolbox, but didn’t expect to find my true self.  Of course I care about the craft, but I want to honest. I want to be devastated by what a poem reveals—not only for my poetry but for the poetry I read, as well. There are all sorts of beautiful poems out there, but is the poet being honest? Do I want to fall to my knees because of what I’ve just read?I hope so. I can’t help but think of Anne Sexton and her poems “The Abortion” and “For My Lover, Returning to His Wife.” The titles say it all. I believe there are not too many women who would openly talk about these experiences of abortion and unfaithfulness as Sexton has. The beauty of poetry is that it lets you be yourself and show those parts of your soul that are ugly. In some mystical way, the poem makes these difficult moments bearable.  In the end, I want what we all want: to be understood and seen for who I truly am. This means we have to be brave enough to show ourselves. It’s scary, it hurts, and it’s worth it.

Carrie L. Krucinski is an English instructor at Lorain County Community College. She lives with her husband and bulldog, Watson, in Elyria OH. She recently earned her MFA in Creative Writing from Ashland University in Ashland OH.